Last one out, please turn off the lights 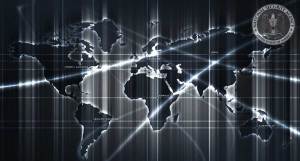 The months following Edward Snowden’s revelations about the NSA’s spying program has seen a significant exodus from the internet: first, Lavabit, an email service providing complex encryption processes and other privacy protection methods to users (allegedly so powerful that intelligence services would have a hard time getting in), closed its doors after nine years in the business. Lavabit’s founder Ladar Levison has since come forth and charged that the closing came after gag order – it was revealed that Snowden himself had used a Lavabit email address to coordinate a press conference at the Sheremetyevo airport.

After the Lavabit closure, the email services of Silent Circle, a firm specializing in encrypting communication, were shut down, citing the expansion of government surveillance power in the digital sphere.

The latest to exit the infosphere is Groklaw. Starting in 2003 as a law blog, it quickly evolved into a digital community full of conversation, debate, problem solving, and in-depth educational sources. As a deep well of knowledge, discontinuation of this space, which is just the third and what will most likely be many, is just another tragic turn in this unfolding saga of the disconnection of communication. I’d like to let the words of the site’s founder, Pamela Jones, speak for themselves:

The owner of Lavabit tells us that he’s stopped using email and if we knew what he knew, we’d stop too.

There is no way to do Groklaw without email. Therein lies the conundrum.

What to do? I’ve spent the last couple of weeks trying to figure it out. And the conclusion I’ve reached is that there is no way to continue doing Groklaw, not long term, which is incredibly sad. But it’s good to be realistic. And the simple truth is, no matter how good the motives might be for collecting and screening everything we say to one another, and no matter how “clean” we all are ourselves from the standpoint of the screeners, I don’t know how to function in such an atmosphere. I don’t know how to do Groklaw like this.

I remember 9/11 vividly. I had a family member who was supposed to be in the World Trade Center that morning, and when I watched on live television the buildings go down with living beings inside, I didn’t know that she had been late that day and so was safe. Does it matter, though, if you knew anyone specifically, as we watched fellow human beings hold hands and jump out of windows of skyscrapers to a certain death below or watched the buildings crumble into dust, knowing there were so many people just like us being turned into dust as well?

I cried for weeks, in a way I’ve never cried before, or since, and I’ll go to my grave remembering it and feeling it. And part of my anguish was that there were people in the world willing to do that to other people, fellow human beings, people they didn’t even know, civilians uninvolved in any war.

I sound quaint, I suppose. But I always tell you the truth, and that is what I was feeling. So imagine how I feel now, imagining as I must what kind of world we are living in if the governments of the world think total surveillance is an appropriate thing?

I know. It may not even be about that. But what if it is? Do we even know? I don’t know. What I do know is it’s not possible to be fully human if you are being surveilled 24/7.

There is now no shield from forced exposure. Nothing in that parenthetical thought list is terrorism-related, but no one can feel protected enough from forced exposure any more to say anything the least bit like that to anyone in an email, particularly from the US out or to the US in, but really anywhere. You don’t expect a stranger to read your private communications to a friend. And once you know they can, what is there to say? Constricted and distracted. That’s it exactly. That’s how I feel.

So. There we are. The foundation of Groklaw is over. I can’t do Groklaw without your input. I was never exaggerating about that when we won awards. It really was a collaborative effort, and there is now no private way, evidently, to collaborate.

My personal decision is to get off of the Internet to the degree it’s possible. I’m just an ordinary person. But I really know, after all my research and some serious thinking things through, that I can’t stay online personally without losing my humanness, now that I know that ensuring privacy online is impossible. I find myself unable to write. I’ve always been a private person. That’s why I never wanted to be a celebrity and why I fought hard to maintain both my privacy and yours.

Oddly, if everyone did that, leap off the Internet, the world’s economy would collapse, I suppose. I can’t really hope for that. But for me, the Internet is over.

In the meantime, there are still platforms out there to try and step out from the state’s ever-present eye. Bitmessage and GNU Privacy Guard are just a couple of functional examples (thanks, Brett!), but there are others out there – and in the coming months and years, I’m sure we will see many more.

4 Responses to Last one out, please turn off the lights