Communique from the Committee for the Liberation of Autonomous Amusement: on the foreclosure of possibility in everyday life 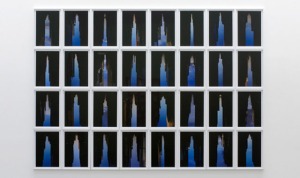 We were taught that the map is not the territory, and how the way we perceive the world does not necessarily reflect the way the world truly is. Nobody taught us that not only is there a discrepancy between the map and territory, but that which they call the territory is, in our mediated actuality, yet again just another map. Is there a territory, then, beneath that map?

The deeper we dig into those realms, the sweaty abodes of the production of everyday symbols, the more we find ourselves in a space without depth. We find nothing but maps.

The map is a curious instrument. It gives directions, it encourages a discourse on what marks the zones of the territory. It can show processes, and it can be coupled to other maps. There are Royal Maps, the game that the state’s cartographers play with their statisticians, catalogers and inventory-takers; and there are Nomad Maps, where critical cartography is wedded to mind-mapping.

Do you not see, comrades, that it is not the territory that comes first, but the map itself? Or, more properly, that the production of a map produces the procession of the territory?

We made a critical cartography, and we mind-mapped ourselves across it. We were amazed! We found joy in the unexpected, in the strange and unusual, and yet we too were horrified. We realized that the what persists in our world is not a matter anymore of real cartography, geology, or even geophilosophy. The stratas are not probed; our nomad maps brushed against nothing but the dynamics of architecture. We arose, and found ourselves embedded in an urban tomb.

To live in a city is not a curse. The city is a beautiful creation. It explodes at every turn: the hustle and bustle of the street, of chance encounters, in the chatter of voices and the discrete rhythms of the landscape as it is filled with emotions. The city doesn’t stop, for it is liquid.

It is also created from above. We found that the skyscrapers and highways, the design of the streets, the curvature of its dimensions, the usual hang-outs of the police, the strips-malls and megamalls and box stores, neighborhood borders, government districts, art museums, university blocks, public housing and the rich suburbs, factory zones, shipping zones, zoning laws of all kind, each wrestles control of the city away from its inhabitants and puts it in the hands of the planners, the experts, elite factions and those that profit on the social order that they establish and that we reproduce.

We strolled through the streets at dawn, our eyes hurting as the night’s events swirled in our minds, and we we saw what was beneath this manufactured city: the electro-synthetic meshwork of computerized control. Just as the commodity is produced in factories crowded with information technologies and sailed across the sea in boats of containers steered by military-developed geo-positioning systems, shipped across the country with tracking numbers, inventoried, monitored, optimized – the city too forms a digital composition of controlling forces. We gaze at the camera gazing back at us.

What exists, in lieu of social order produced from the bottom-up, is a city driven by pure functionalism. The geometry is oppressive, comrades, and we can see that its very nature is to extinguish all forms of social imagination and creativity that cannot be harnessed and rerouted back into the system. In the urban landscape we face a profound foreclosure, not on physical property, but on that incorporeal sense of possibility. What is worse that this foreclosure permeates the whole of the social. The threads of the cities and the sidewalks and the streets and the stores weave the fabric of our daily life; this fabric has been used to blindfold us, cover our eyes. Submerged in darkness, they whispered their laws into our ears, made us learn and memorize every code and overcode that they had crafted for their gain and our loss. They fed us a map; we made it our territory.

And so we violated the do-not-cross sign, ignored the warnings against trespassing, and looked at the city from the vantage point that we never see. Derelict buildings became amusement parks, the construction site became a mountain to scale. We played as children in the streets, balancing on walls. We might have even left our names on those same walls in ink. We moved through the city’s forbidden ambiances, laughing as we did it. We crawled through the gutters, inebriated, and we stole land from those who stole it first. We realized that there exists a city beyond the city, but it remains elusive. We can grab it, if we so choose.

To approach the city joyously, to experiment with its architecture and to feel for the bottom-up order that longs to escape, is to commit the ultimate act of urban transgression. They have made these things, these articulations of desire, taboo. Power, in its linear determinism, can only exist if it has something to negate, so it produces manifestations of criminality for the justification of its own sordid law, code, and order. Power will never admit that counter-power and safe measures of non-power, can swarm of its own accord. The Committee for the Liberation of Autonomous Amusement affirms the need, and is committed to advancing a swarming of this non-power into its most rhizomatic applications.

Under the seeming disorder of the old city, wherever the old city is working successfully, is a marvelous order for maintaining the safety of the streets and the freedom of the city. It is complex order. Its essence is intricacy of sidewalk use, bringing with it a constant succession of eyes. This order is composed of movement and change, and although it is life, not art, we may fancifully call it the art form of the city and liken it to the dance…2

Nay, we say. The Committee disavows the distinction between life and art: we want life in the city, as well as life outside the city, to act like as a work of art, and we do not seek to merely liken, but to actively make this life of art a dance that celebrates itself.

[The CLAA is an open name, welcome to appropriation. Feel free to fold-up, adapt, mutate, disavow, and/or circulate]

2Jane Jacobs “The Use of Sidewalks” in Philip Kasinitz, Metropolis: Center and Symbol of Our Time New York University Press, 1995, pgs. 111-129

This entry was posted in Uncategorized and tagged architecture, art, Committee for the Liberation of Autonomous Amusement, control, everyday life, micropolitics, nomadism, urbanism. Bookmark the permalink.

6 Responses to Communique from the Committee for the Liberation of Autonomous Amusement: on the foreclosure of possibility in everyday life