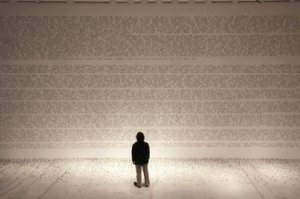 Here the delirium of the recline of western civilization is experienced as both the ecstasy of crash culture and the catastrophe of our burn-out in digital culture.i

Arran James has put up an in-depth and fascinating post over at Synthetic Zero, elaborating on some of Mark Fisher’s own points in the recent debate over what has now come to be known as “Left Accelerationism.” Its titled “No Boredom,” an apt play on “no future!”, that punk mantra that has been resuscitated by Bifo and others as both a prophecy and a reality for everyday life under the regime of a frantic technocapitalism that is quickly outstripping its human underliers in rush to compose and circulate signs. And as this implies, the point is that boredom has ceased to be a social force and a terrain of struggle, as it was for earlier dissidents at the tail end of modernism. Or, more properly, “everything is boring but no one is bored.” This is because we have undergone a transition from an age of boredom to an age of anxiety.

This disappearance of boredom (and make no mistake that the theme of vanishing is essential here; as Arthur Kroker once reminded us: “Technotopia is about disappearances…”ii is correlated to Fisher’s identification of two lines, so to speak, of speed rushing through the contours of our worldspheres. The first line is the one of a dromological accelerationism, where (with nod to Virilio), the unbridled production of technology pushes the rhythmic fabric of our lives and externalities into “overdrive.” This acceleration is one of everyday lives reaching the point of absolute saturation, through the mad-dash of the commodity rat-race, the burned-out rubble of the processes of subjectivity, the accident, and information max-out – all that things, particularly in the context of hyper-precarity, create a palpable climate of anxiety and fear. The second line of speed is moving in the opposite direction. It is a profound slow-down, perhaps the dub echo of dromological acceleration’s tendency towards disappearance, of cultural and subjective production. This is the realm where things like Simon Reynold’s “retromania.” Like a natural resource that has become depleted, there seems to be no new territories for creative action and desire to stake out, ‘nothing new under the sun,’ with the only contemporary productions taking place as the casual repetition of previous productions, albeit in a far safer, mass-commodity-capable form. Arctic Monkeys instead of Public Image. Stage-plays on Broadway instead of vehement transgression. I pose this speed as that of generalities, taking off from Deleuze’s notion that he poses as the counterpoint to repetition and difference.

While I am in agreement with this notion of an over-all transition from boredom to anxiety, I take several issues with the nuances of the proposition. The first is quite basic, but segues into the larger need for a gentle shift of contexts: the idea that “no one is bored” is a simple over-generalization. Surely there are people experiencing terminal boredom just as they are terminal anxiety; likewise, those who are bored are subjected to the same anxious compositions as those whose suffer anxiety surely experience boredom and its blank affects. I choose the term “blank” here for a reason: Arran poses the excellent point that “Boredom was about time. Our time is full.” Steve Hickman joins in the comments, drawing on Baudelaire and other symbolists who saw boredom, in the guise of ennui, as a force to be overturned (we should also reflect on the fact that Walter Benjamin, that great reader of Baudelaire, saw boredom as something that disappearing under the rise of “information.”iii) We position Baudelaire at the dawn of modernism, looking out at the 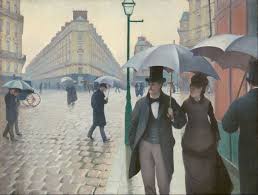 world made a tabula rasa by the Industrial Revolution; the boredom he identified was exactly this sense of time emptied out, the spiraling cobwebs of the old Paris razes and made orderly by Haussmann and the capital-political machine he represented.

With this in mind, I would like to pose two different registers of time to correspond with Fisher’s two registers of speed. The first of these is machinic time; quite literally the time in which the mechanosphere operates, it is an inhuman time scale, composed of the high speed trading machines and computer processors, satellite relays, unimaginable feedback loops cutting through everything from an individual’s purchases to the fluctuations of large-scale social structures. Machinic time exists within the dense trappings of our networked world; it is a time that swarms over the face of the globe its operations as a smoothing force. Machinic time is the time of information itself, and its concern is not necessarily the physical. It exists within and is the ether.iv The second register of time is a striating force – contained time. This is the division and regulation of a body’s time, particularly in the context of disciplinary spaces that seek to make the bodies docile for the maximization of production. It brings to mind the classic tripartite division of the day’s 24 hours: 8 hours of work/8 hours of leisure/8 hours of sleep. Of course this division was only an idealized plan, the orientation of the individual’s rhythm to the megamachine that it finds itself subsumed in. Particularly today we find the blurring breakdown of these divisions into a perpetual flowspace of time, 24/7 capitalism. Yet we still find that time itself is an entity to be regulated and managed in a way that is internalized by the self – a steady rhythm to ensure and maintain the proper functioning of the machine.

In our interrogation of Deleuze’s Postscript on the Societies of Control, Steve and myself came to view the proposed progression from Foucault’s disciplinary society to the society of control as something that, on one level, is an indication of real-world shift (the transition from analog to digital, thermodynamic machines to computational machines, factory to corporation, etc), but is more properly a certain layering. Preludes to control systems existed throughout discipline (just as they did during the sovereign age and vice versa), and control retains all the essential features of control. We could say that contained time is the time-scale of discipline, and machinic time is the time-scale of control. Through this, we can understand that machinic time and contained time are not oppositional forces, yet operate together. It is contained time that calls into being machine time, be it through the physical labor required to maintain that erroneous category of “immaterial labor”, or the actions of everyday life that are modulated or are subjected to feedback by control systems, or transformation of the physical (private property, for example), into the complex data-capital of derivatives, options, and the like; likewise, contained time is tethered to machinic time and subjected to its flows, by virtue of everyday life’s relationship to complicated global information networks and the logistics of intermodality. 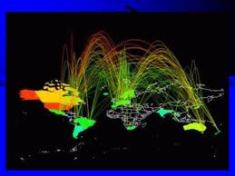 Brian Holmes and the Continental Drift have discussed contemporary existence (undoubtedly encompassing these dualing registers of speed and time) in terms of five scales: the global, the continental, the national, the territorial, and the intimate.v We could pose the argument that machinic time exists within the global, continental, and national scales, while contained time finds its expression through the national, territorial, and intimate scales. But at the same time, it is essential to

not view the scales as an organized hierarchy of capitalism’s dynamics: we are far too networked, interconnected, intermodal, to assume such a perspective. In a world where the majority of the American working class lives in China, where timetables for business meetings are synchronized between New York City, London, Berlin, and Tokyo, where elite classes cannot be called anything but “transnational” and where the transportation routes of a national are turned into a crossroads for the shipment of commodities and the data from this is plugged into a synthetic information machine, we cannot view the intimate as removed from the global, the territorial from the continental, so on and so forth.

The reality of our system is this: it is total, but it is not universal. For far too long we have spoken of “capitalism” as a singular object, a force that moves through the earth. But just as there is no dichotomy between discipline and control, we must view the system instead as one that is a multiplicity. The Sino-Capitalist machine that harbors the backbone of the West’s material consumption is a completely different sort of capitalist machine than those found in America or Europe. The militarized expansionary projects of the American capitalist machine underwent a reorganization (the fabled Revolution in Military Affairs), and linked cybernetic technology to the utilization of domestic forces in targeted countries (the Color Revolutions); we can glimpse from there the, in the more recent case of Arab Spring, the utilization of the Islamic capitalist machine (the Muslim Brotherhood) by the American capitalist machine. Each separate machine transcends its borders and operates through interconnecting flows: that which we refer to “neoliberalism” is nothing more than an abstract machine, a megamachine composed of multitudes. If we are still to speak of capitalism, it may very well be better to pluralize it, to refer to “capitalisms,” and with this keep in mind that the dialectic of “global” and “local” is a false one.

To isolate a factor or vector is to amplify the act of disappearance ourselves. To intervene in such is to act as the force of the outside, even if such doesn’t even exist anymore.

A fourth fictional commodity is emerging as a dominant characteristic of market dynamics in the 21st century. “Reality” is about to undergo the same kind of fictional transformation and be reborn as “behavior.” This includes the behavior of creatures, Their bodies, and Their things. It includes actual behavior and data about behavior. It is the world-spanning organism and all the tiniest elements within it.vi

ivFor an examination of the Ether, see my “Swarm Intermizzo: Meditations on the Ether” https://deterritorialinvestigations.wordpress.com/2014/03/27/swarm-intermezzo-meditations-on-the-ether/