The Revolution in Military Affairs: A Partial Timeline (+links) 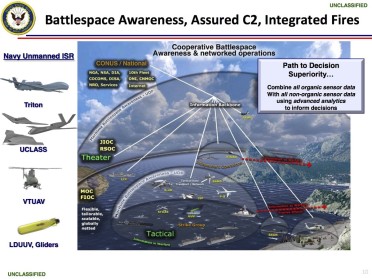 “A Revolution in Military Affairs (RMA) is a major change in the nature of warfare brought about by the innovative application of new technologies which, combined with dramatic changes in military doctrine and operational and organisational concepts, fundamentally alters the character and conduct of military operations.” – Andrew Marshall

“The RMA depends not only on technological developments, such as computer and information systems, but also on the new forms of labor – mobile, flexible, immaterial forms of social labor… In these respects RMA is an anticipation and an extrapolation of the recent transformations of social labor, casting the economic figures into the field of battle.” – Michael Hardt and Antonio Negri, Multitude

5 Responses to The Revolution in Military Affairs: A Partial Timeline (+links)