The science of the unknowable: Stafford Beers cybernetic informatics 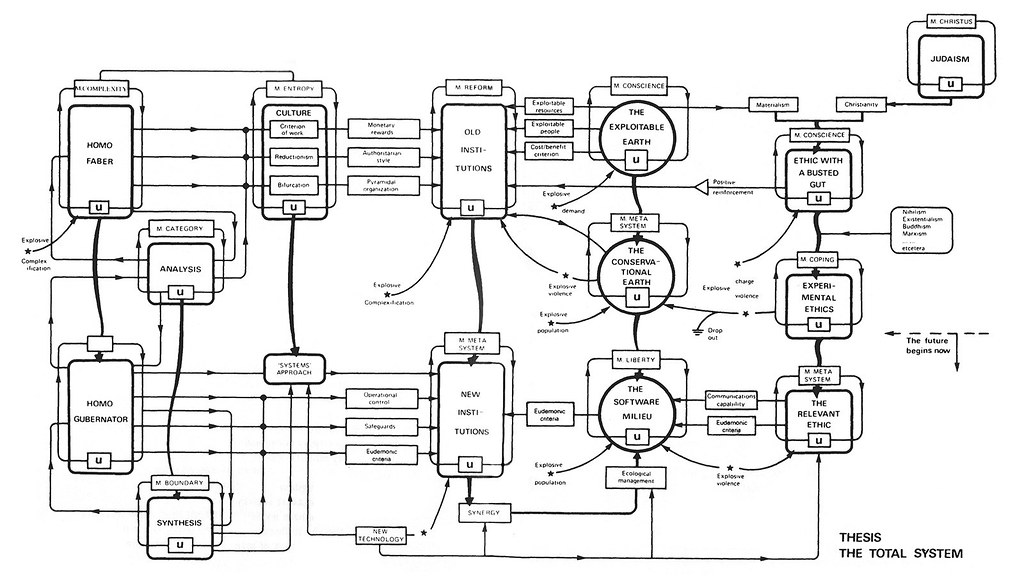 “This paper explores the history of Stafford Beers work in management cybernetics, from his early conception and simulation of an adaptive automatic factory and associated experimentation in biological computing, through the development of the Viable System Model and the Team Syntegrity technique for discussion and planning. It also pursues Beer into the fields of micro and macropolitics and spirituality. The aim is to show that all of Beers projects can be understood as specific instantiations and workings out of a cybernetic ontology of unknowability and becoming a stance that recognises that the world can always surprise us and that we can never dominate it through knowledge. The thrust of Beers work was, thus, to construct systems that could adapt performatively to environments they could not fully control. ” Andy Pickering

1 Response to The science of the unknowable: Stafford Beers cybernetic informatics